My blog will cover some of the aspects of photography that I enjoy.  Please enjoy the images and commentary I post.

I was able to do El Apache today.  I had the props saved for several years, but now Matias was able to model for me!  i will finish this series by the end of the summer. 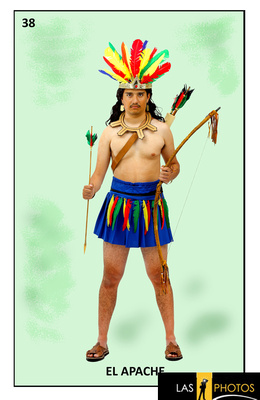 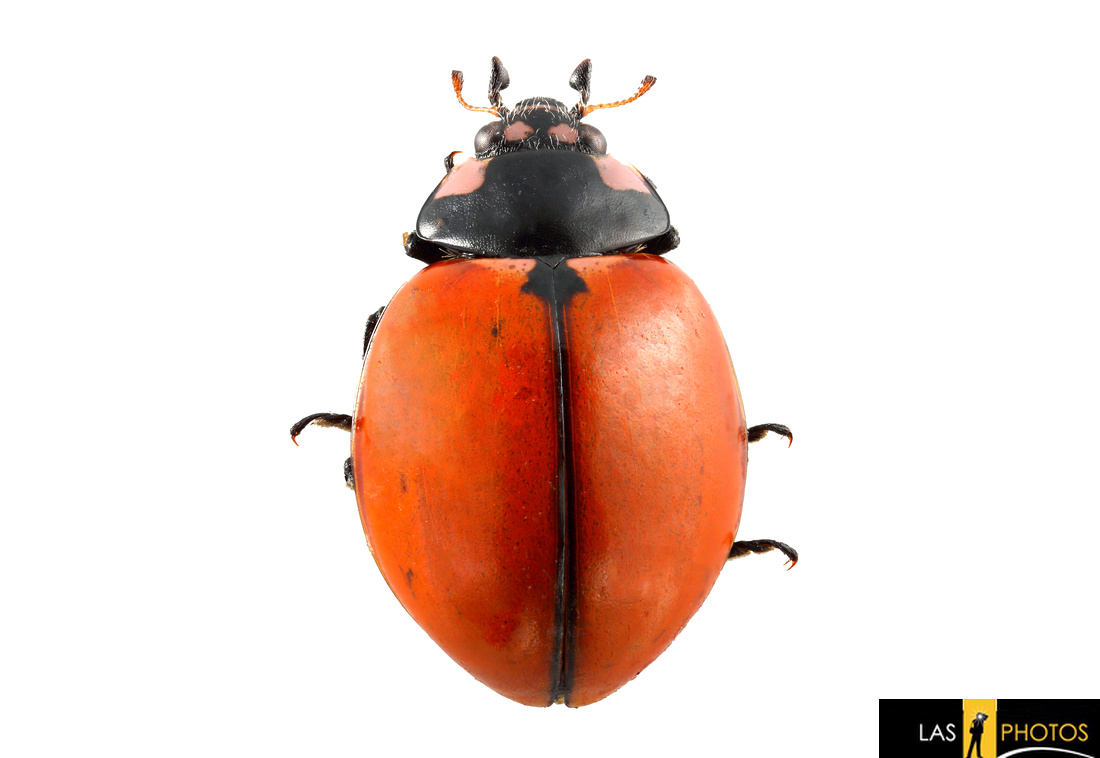 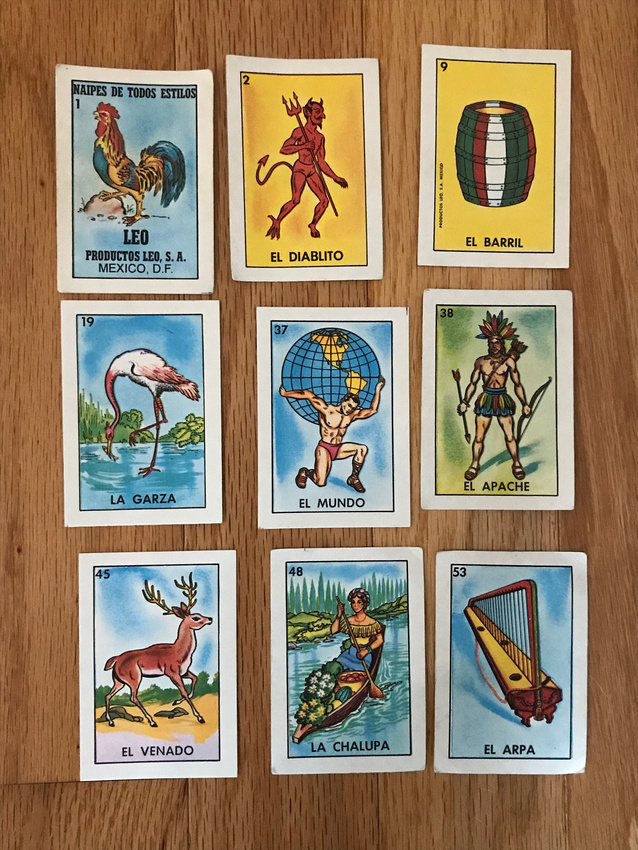 I still have not finished.  I figure I have a month of free time in the evenings and weekends before life somewhat normalizes.  So dug up files i did not finish.   I have El Barril (9); La Garza (19); El Mundo (37); and El Venado (45).  So i only have five more to go.  I have all the props and now older boys for El Diablito (2) and El Apache (38).  The most difficult will still be La Chalupa (48) because El Arpa (53) has been located but the dam virus is keeping me from shooting it!  Leo (1)  rooster is easy

I don't use my blog often enough and other free sites are full of junk that makes images go away over time.  I figure, better use this blog and after all photography is still involved!  This is meant to help anyone that owns a Macgregor sailboat or sailboat with a swing keel, in making homemade boat stands to elevate the sailboat to remove the keel.  I have seen several methods of doing this on the internet, and frankly many of those methods concerned me.  I also went to my local boat shops and received quotes from $1800 - $3000, and in the end my total cost including the materials and paint was no more than $400.  Most of the timbers and wood I used came to me free, from other craigslist or construction sites that gave me free wood.

My first objective was to draw diagrams of how to build my supports and those are here, with enough details to replicate if needed: 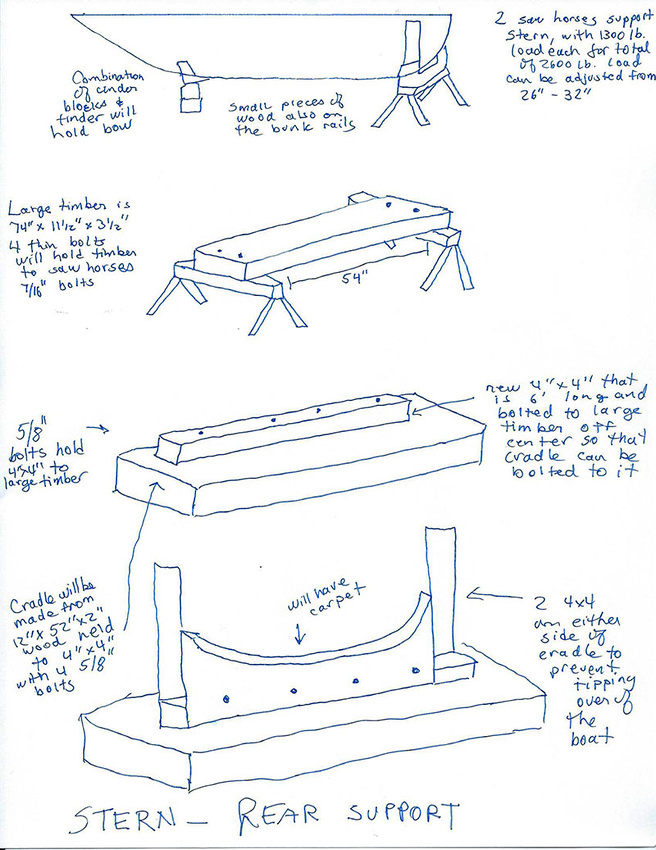 In this next image you can see the stern support or cradle: 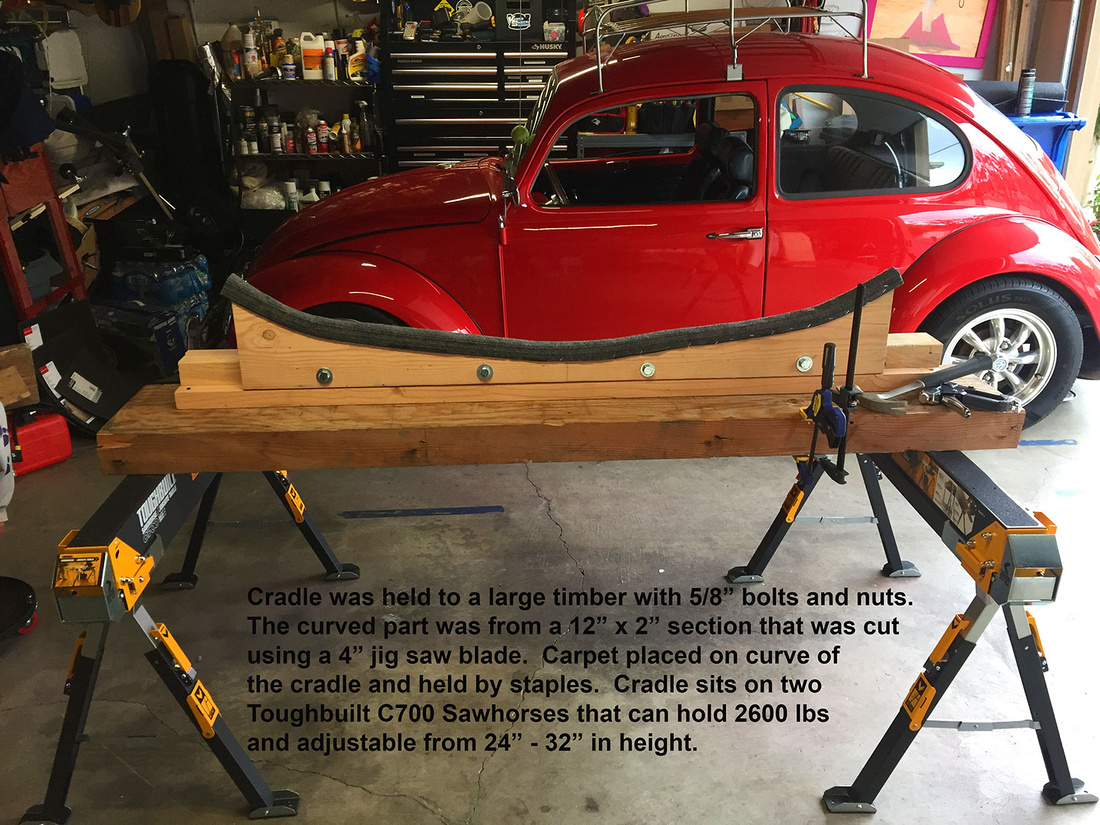 Here is another view of it: 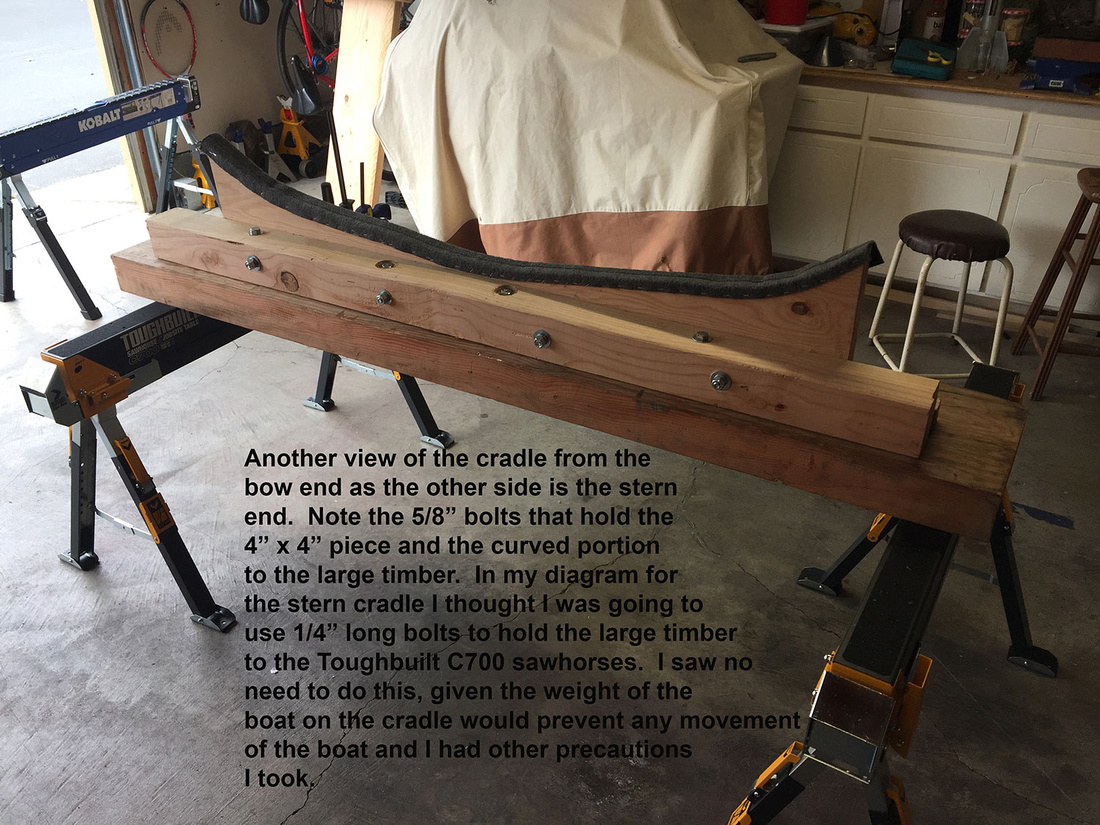 Next you can see the front cradle and it was rather simple to build and it's not in my diagram above.  Showing two views of it: 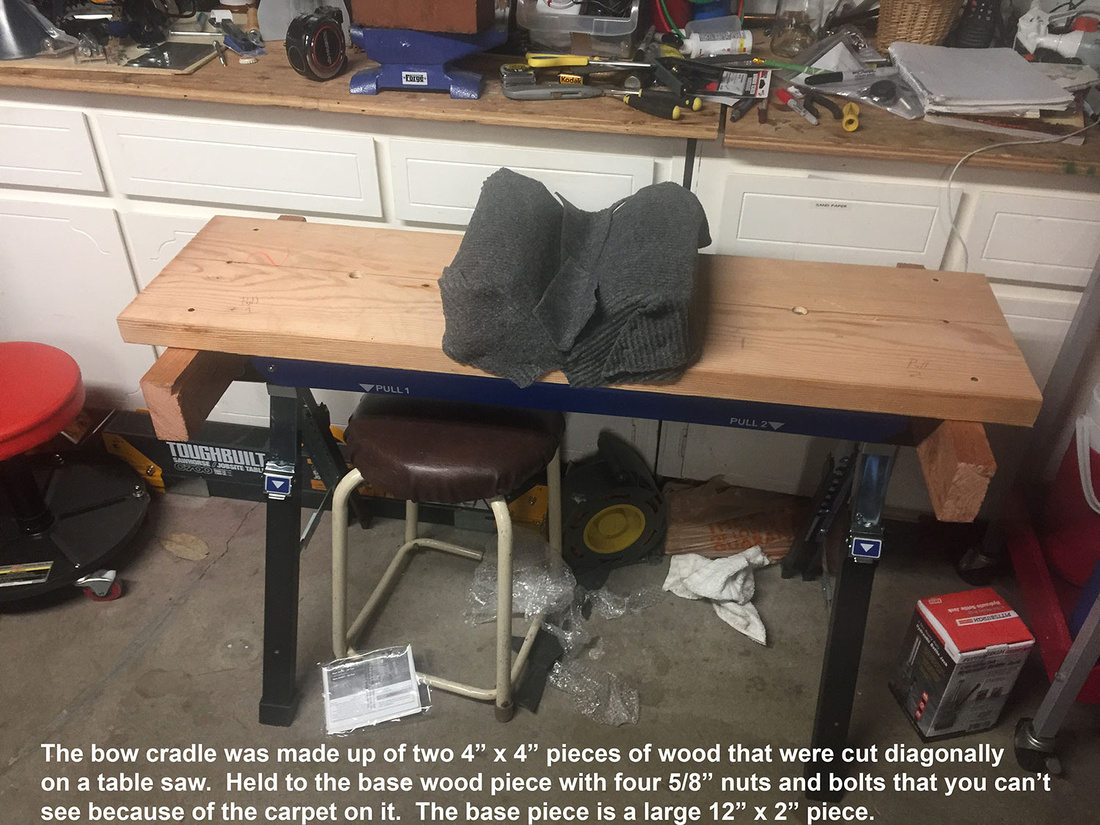 Once both of these were build, the next step was to put both under the boat.  I did not do this by myself and had help from my friend.  I did not feel comfortable doing it along as I have seen some do.  We used a 3 ton floor jack with wood blocks to raise the boat high enough to get my supports under the boat. I jacked up at places that were solid on the hull and did it careful so as to not damage the hull.  The aft was raised first.  It was done slowly.  Once the height was reach, we rested the aft of the boat on the rear cradle.  I don't recall the exact height, but it was between 25"-26".  Once the aft was in place, it was secured to the rear cradle with a ratcheting strap to prevent movement of the boat as we would have to get into the deck for replacing the keep bolt, winch, and cable.  In these next two images you can see how the aft looks like when it was placed on the rear cradle: 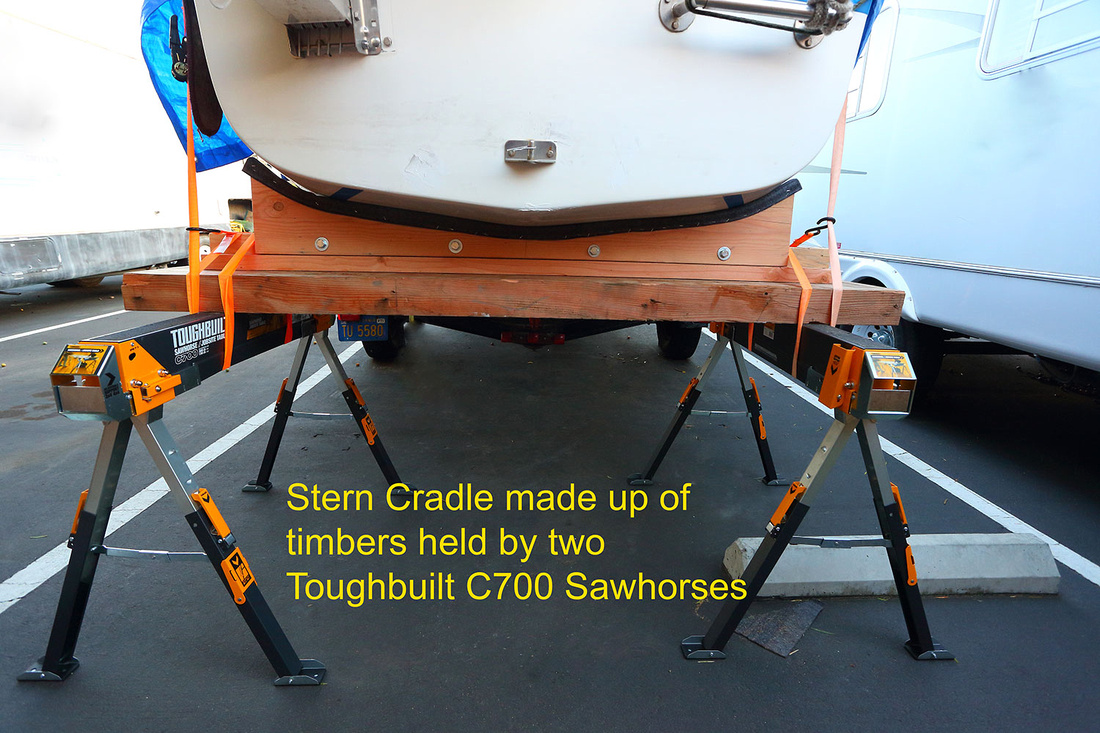 In this side view you can see how the boat is secured to the rear cradle with a ratcheting strap: 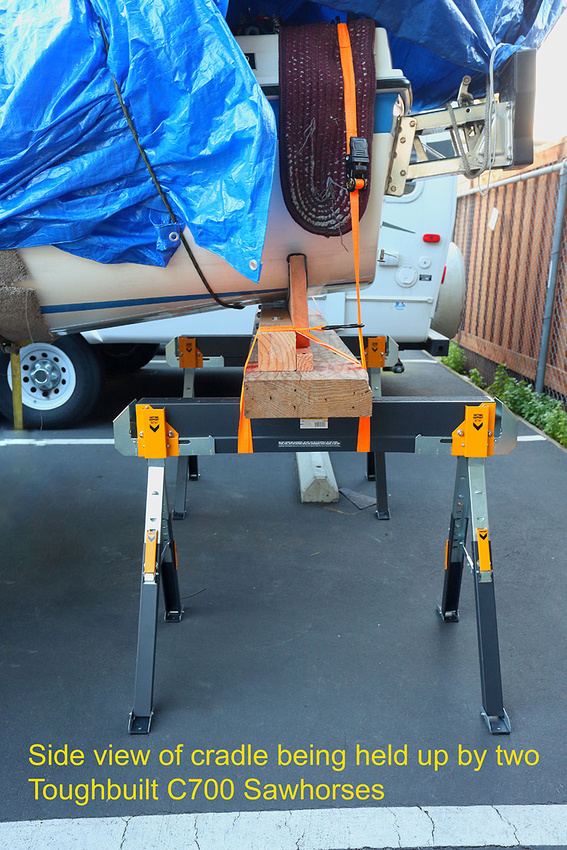 Now it was time to raise the front of the boat.  This was the second time help is important because the boat tended to move to one side as it was being raised.   My friend raised the boat with the floor jack, again placing wood under the front and raising the boat until I could get my front cradle under the front keep of the boat.    In these next images you can see how it looked: 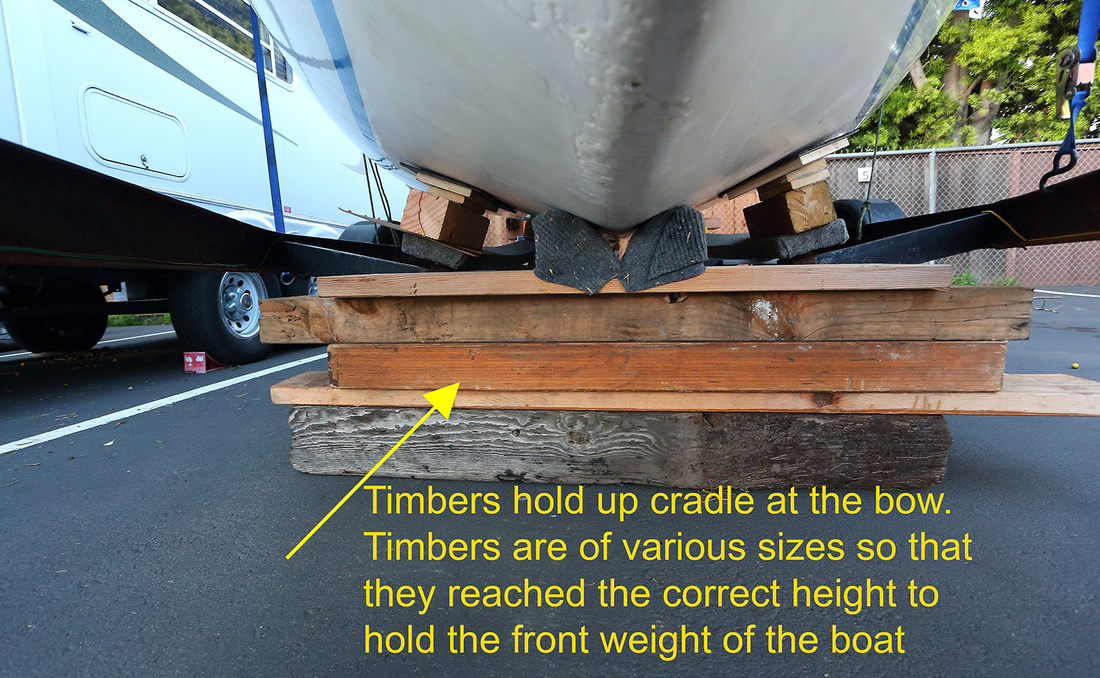 At this point it was time to see if I had enough clearance to remove the swing keel. And this image is looking aft and it shows the clearance: 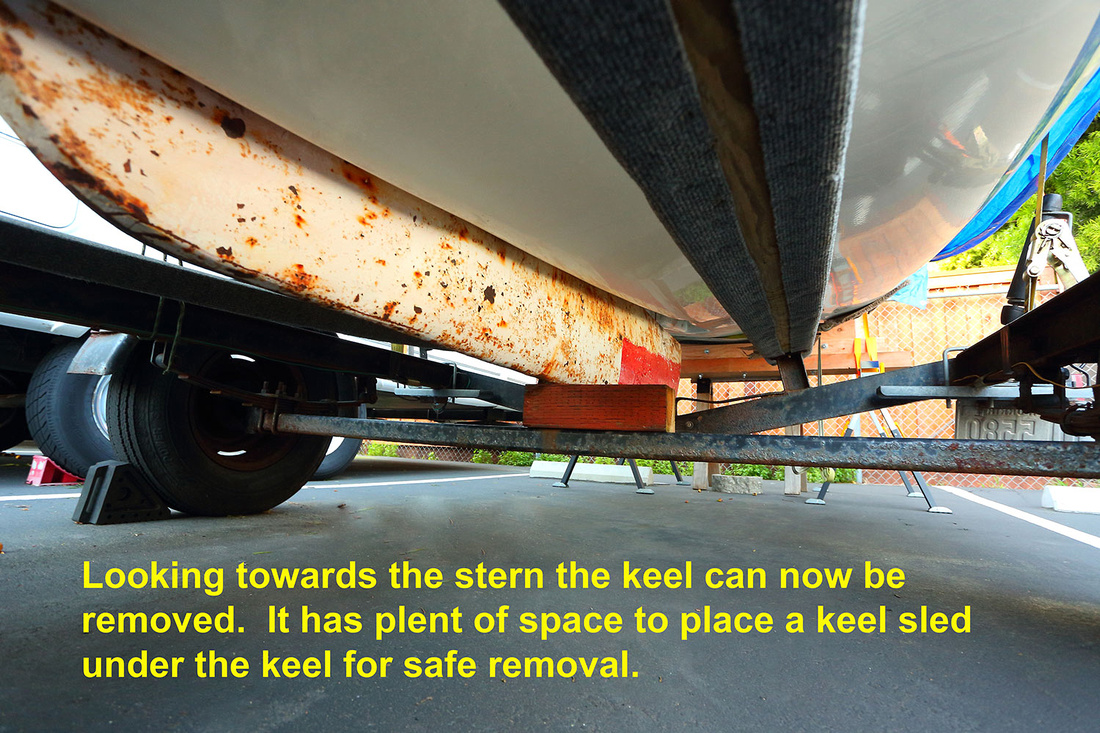 The following images show how the boat is off the bunks and has enough safe clearance to remove the swing keep.  I also used 4" x 4" blocks as a safety measure between the trailer bunks and hull. 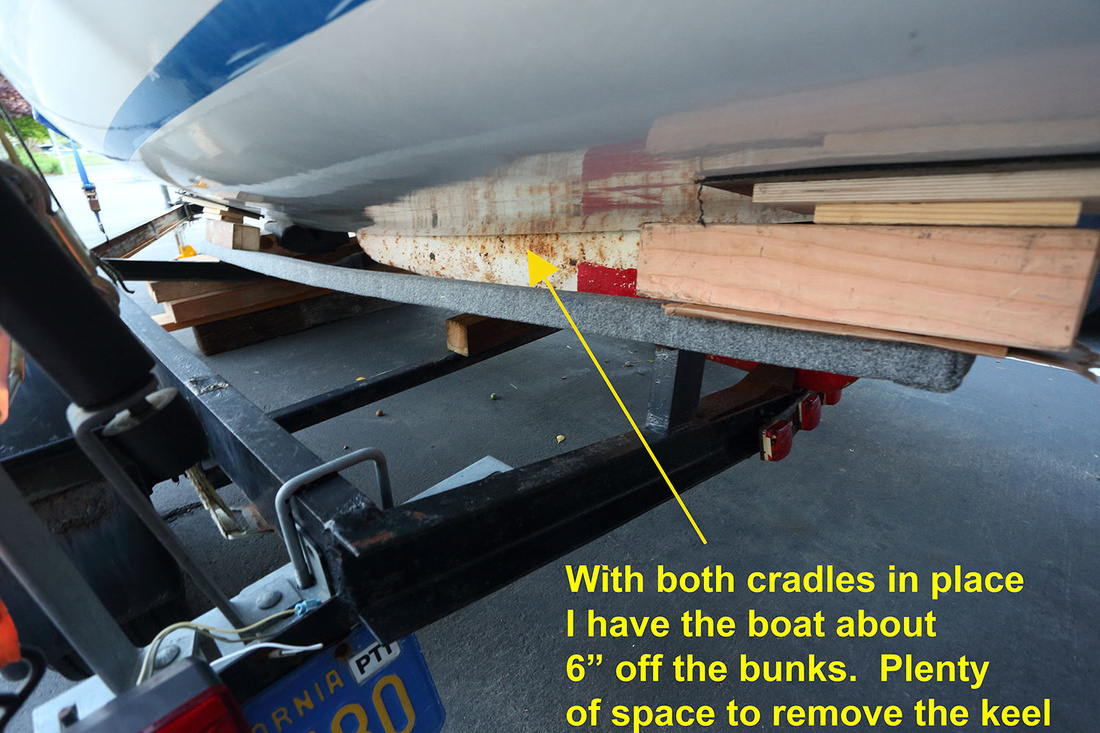 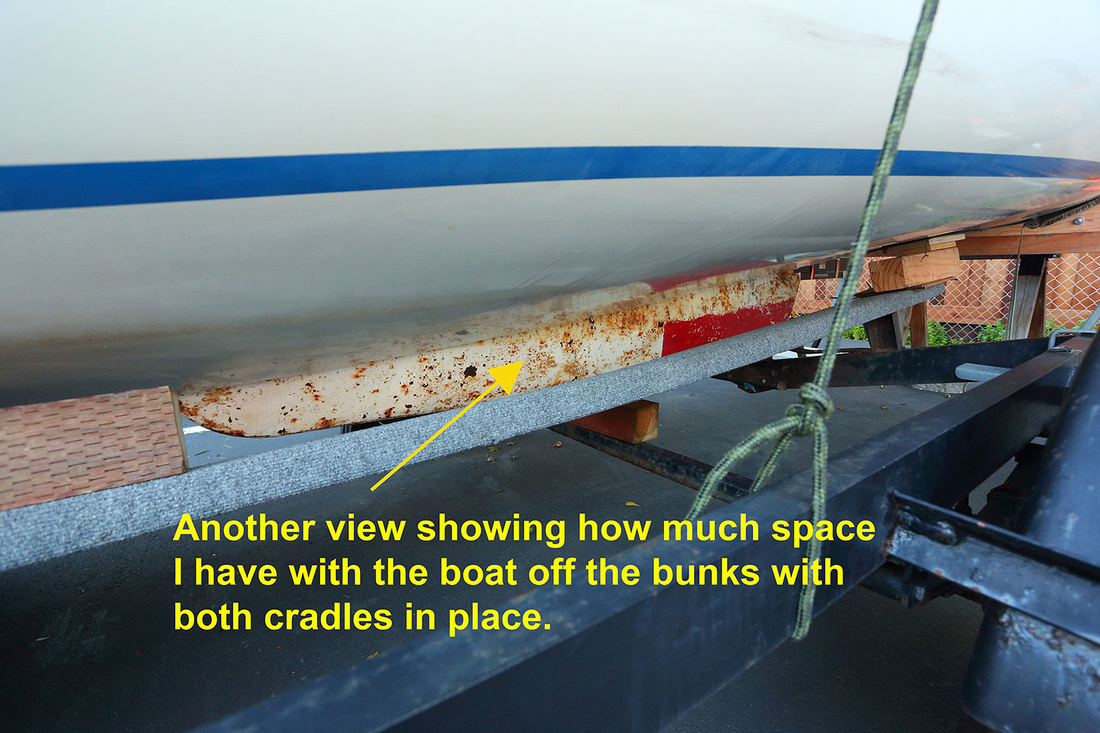 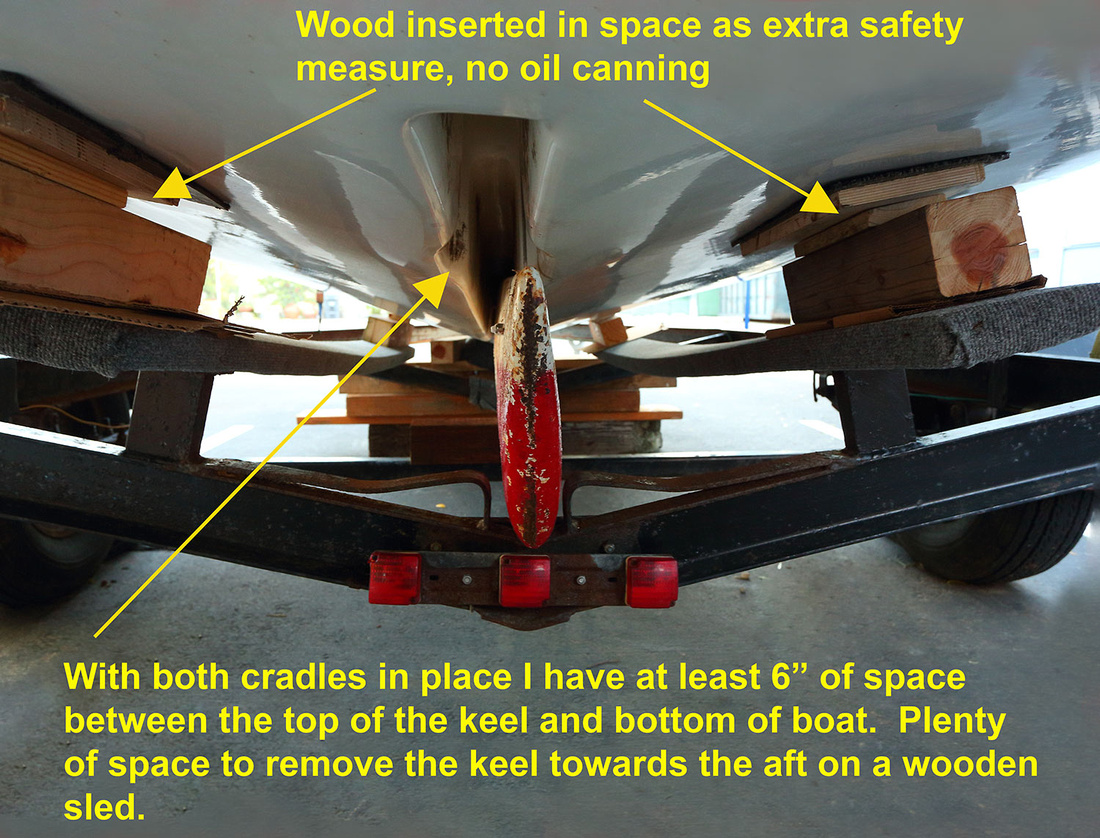 Next an image to show how all of it looks.  I needed to feel safe and this really made me safe if I was going to replace the keel by myself. 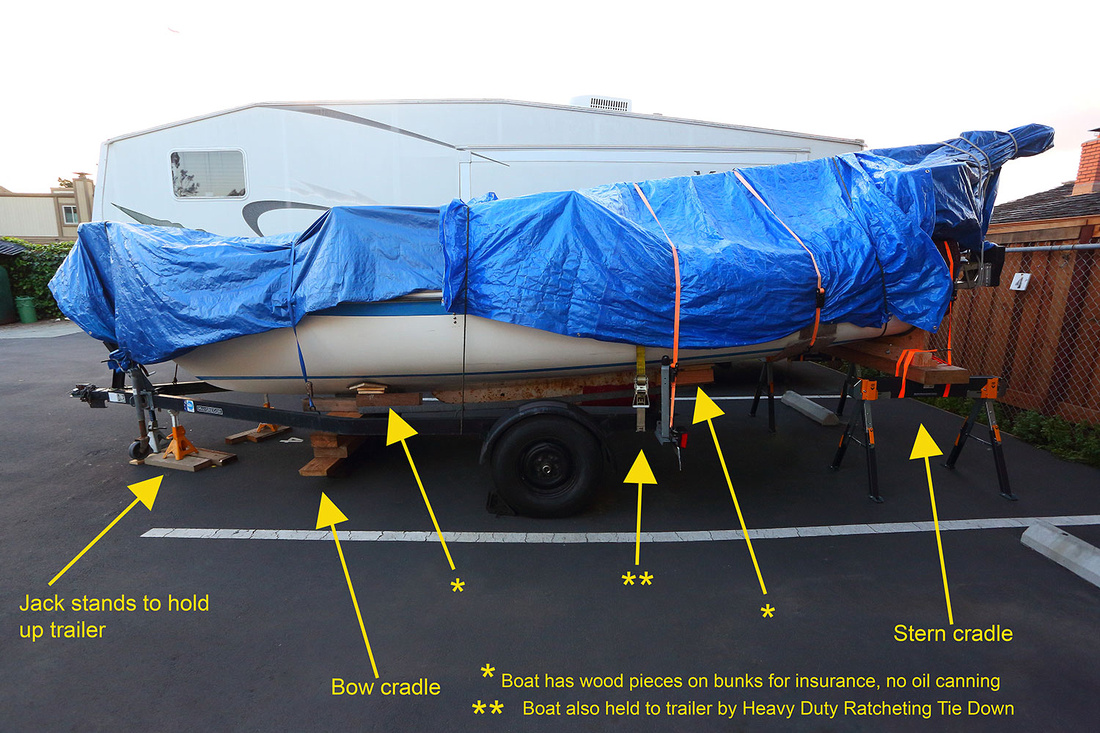 I researched various methods to remove the keel and decided that a sled was the best way.  Some sleds that I looked at were truly Egyptian in style, in that they were a big hunk of a sled that would be placed on top of plastic PVC pipe to roll backwards.  I did not want to do that.  I wanted to roll back and to the side as I had a fence that prevented me from rolling it.  And I wanted to pull it and not use and pulling device like a pulley to get it out.  I then bought two furniture dolly's at Harbor Freight and placed wood on top of them and think this is a simple solution.  The following images show the design of my sled.  But I decided to really reinforce the rear of my sled that would receive my keel so that it would not move on the sled.  Plus, I literally was going to roll it about a block down the side walk from this yard and into my backyard, so it had to withstand that. 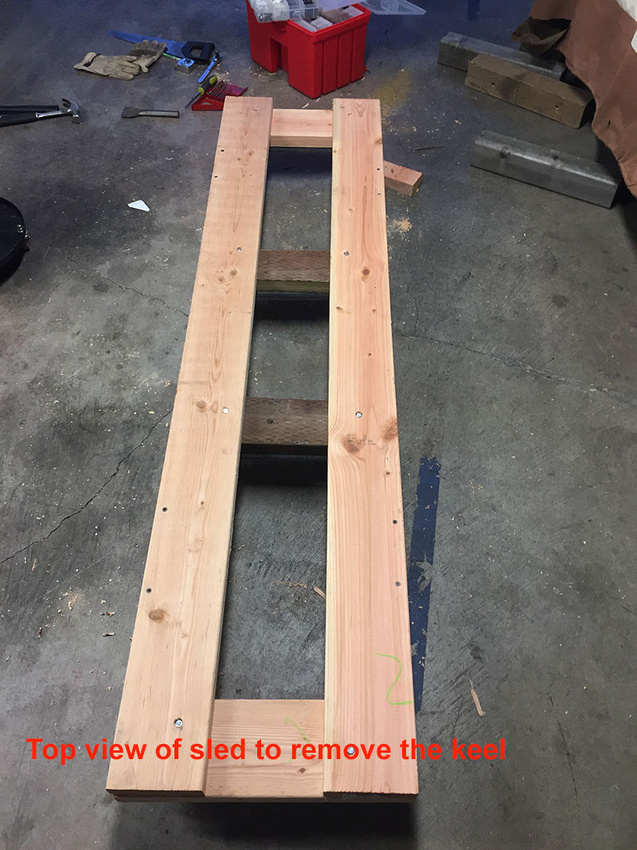 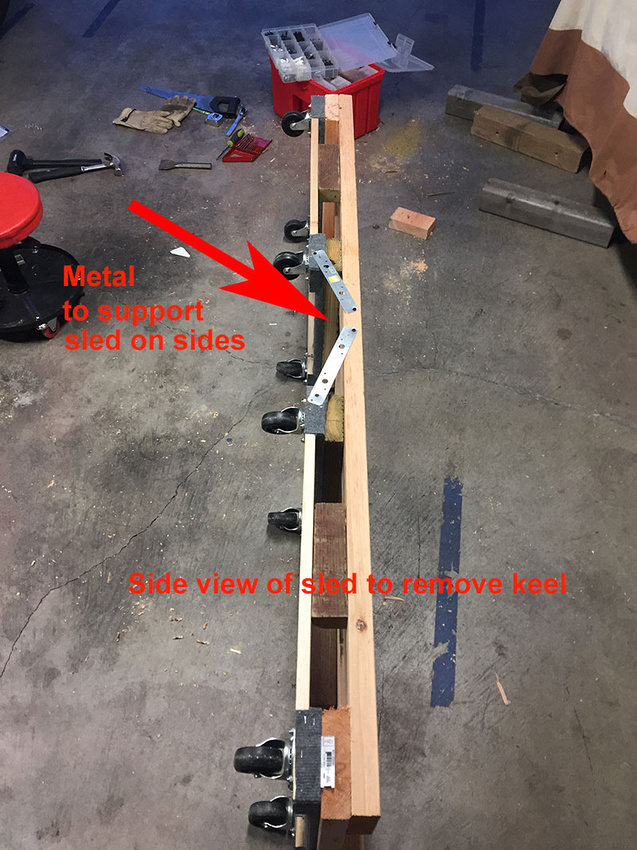 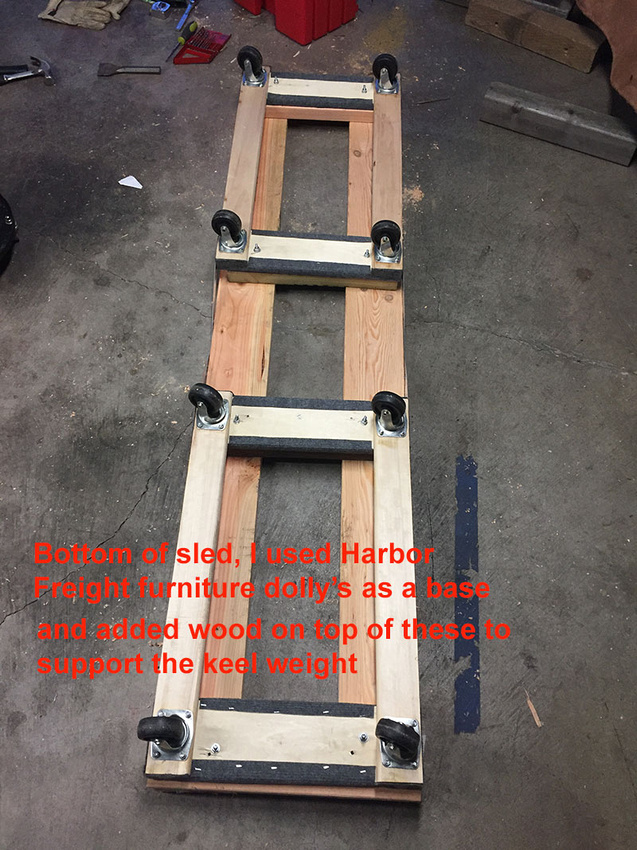 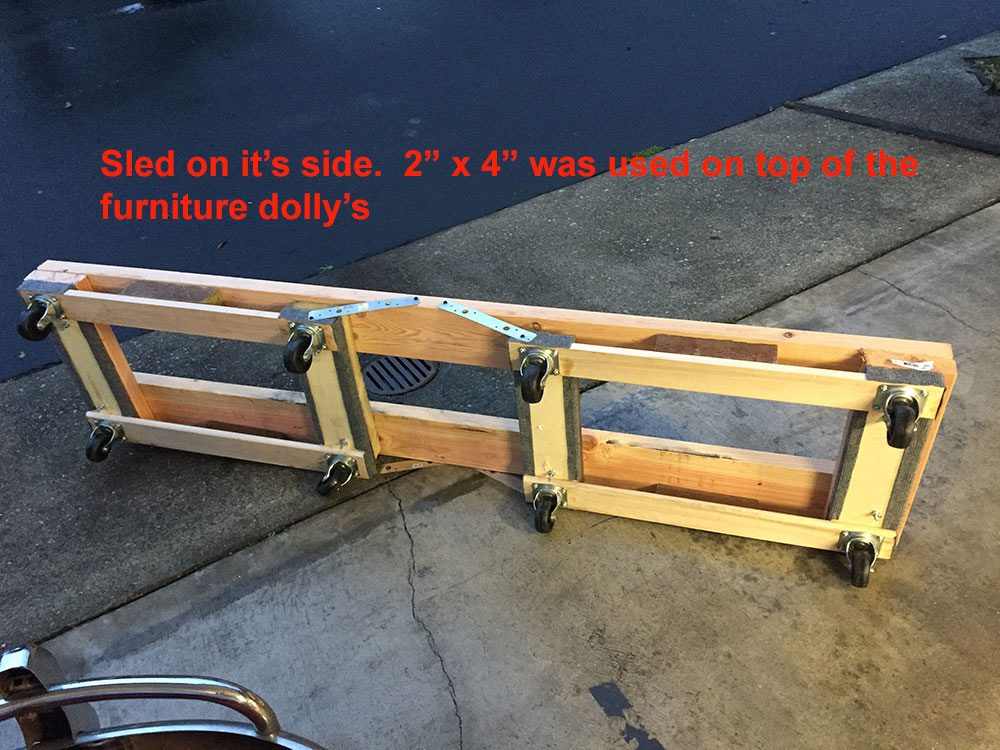 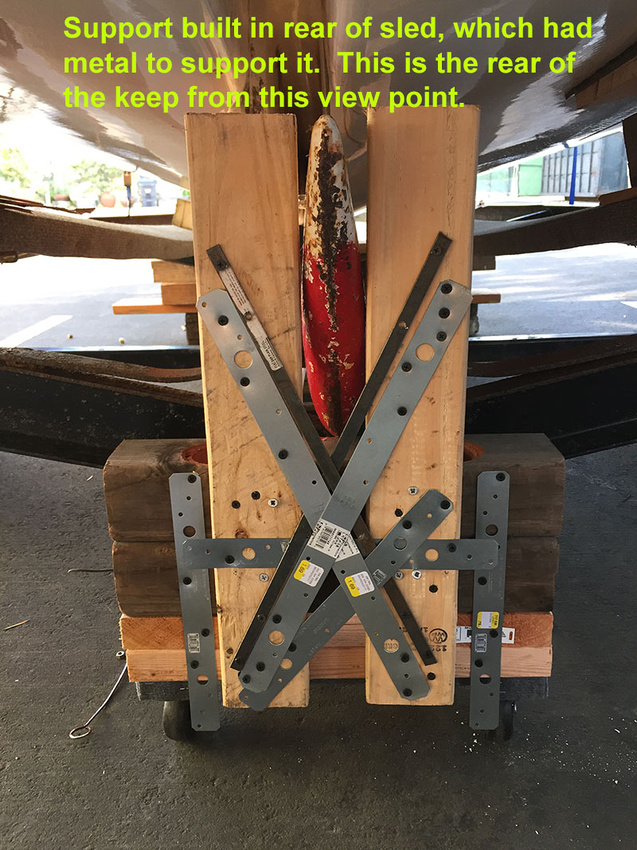 Then it was a matter of removing the keel bolt and lowering the keel on the sled.  Again, I did this alone as my cradle were very solid.  I used a small floor jack and scissor jack to lower the keel and the following pictures illustrate these steps. 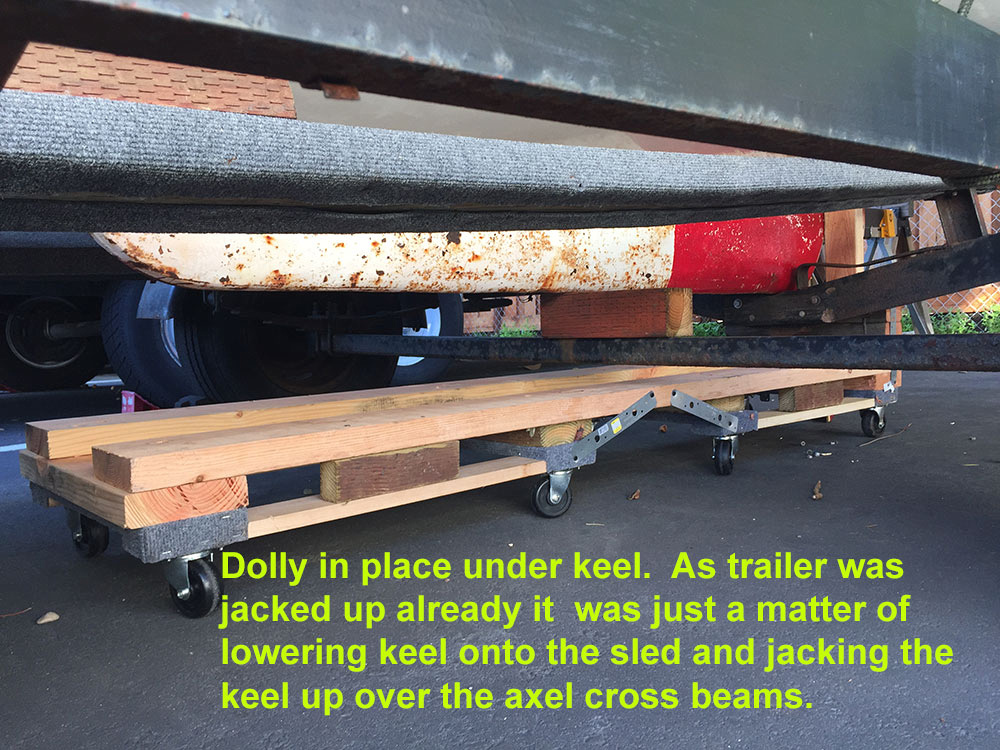 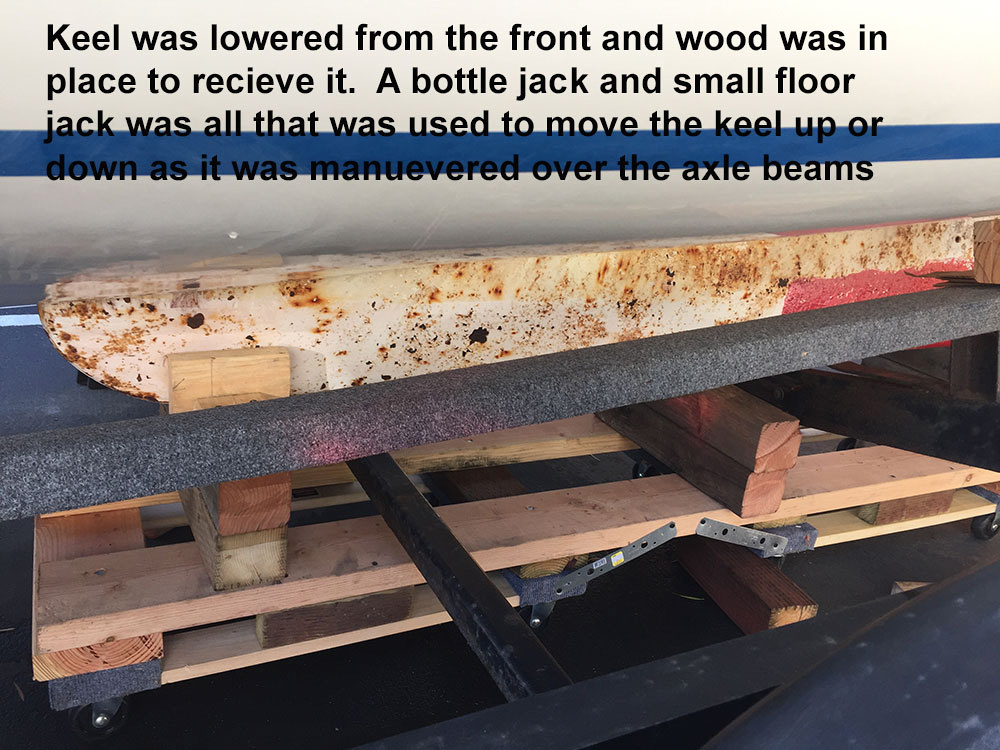 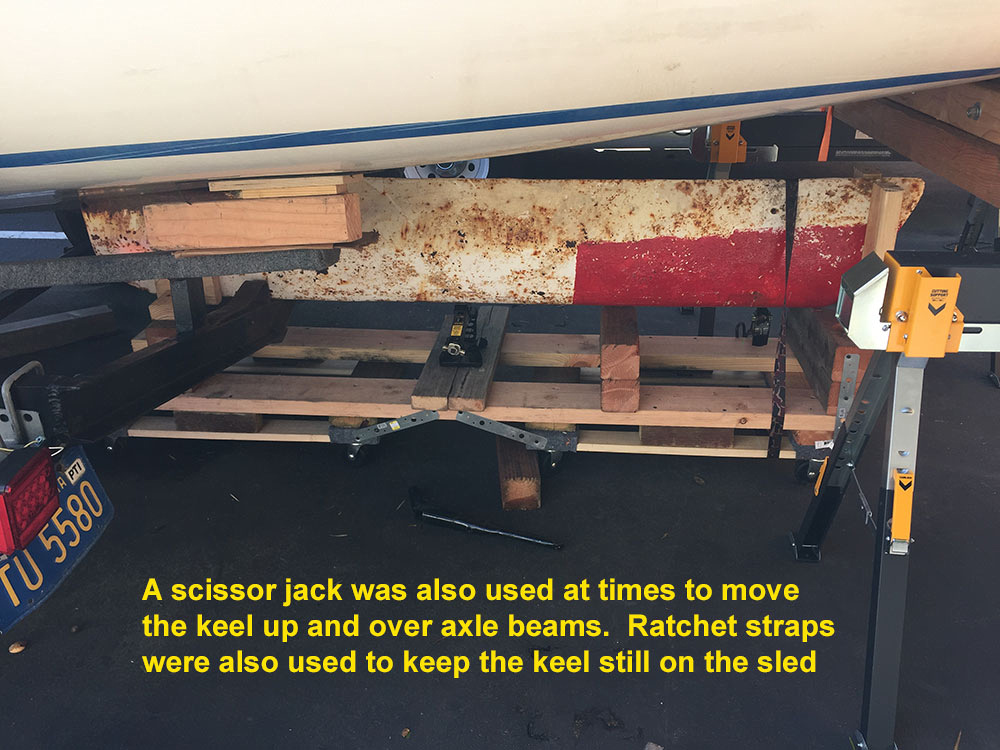 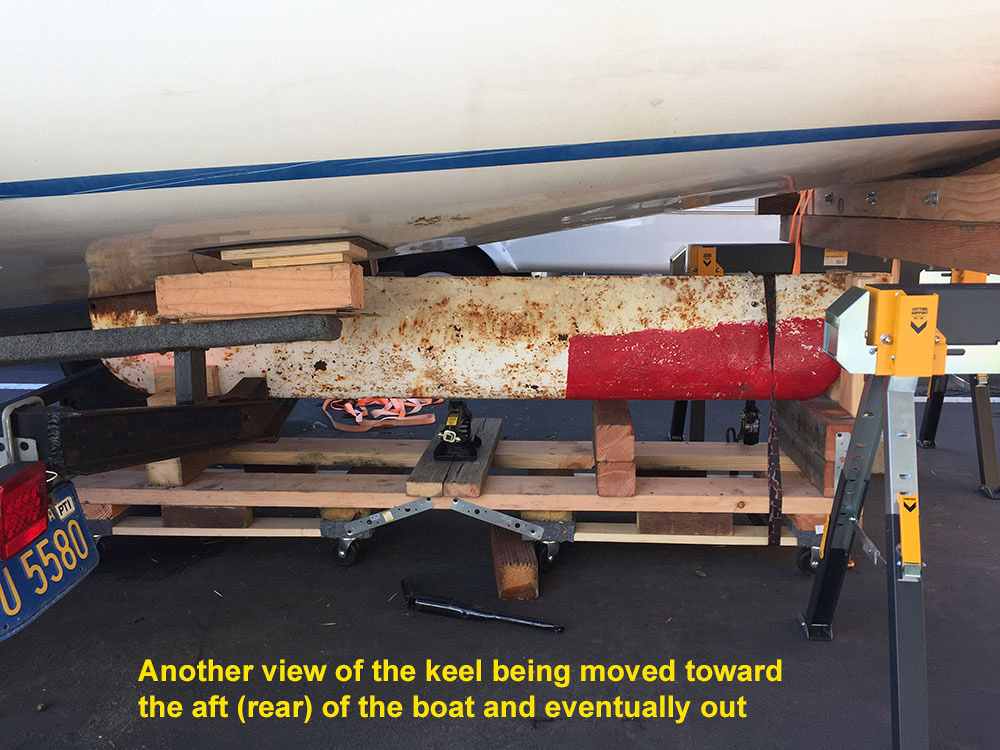 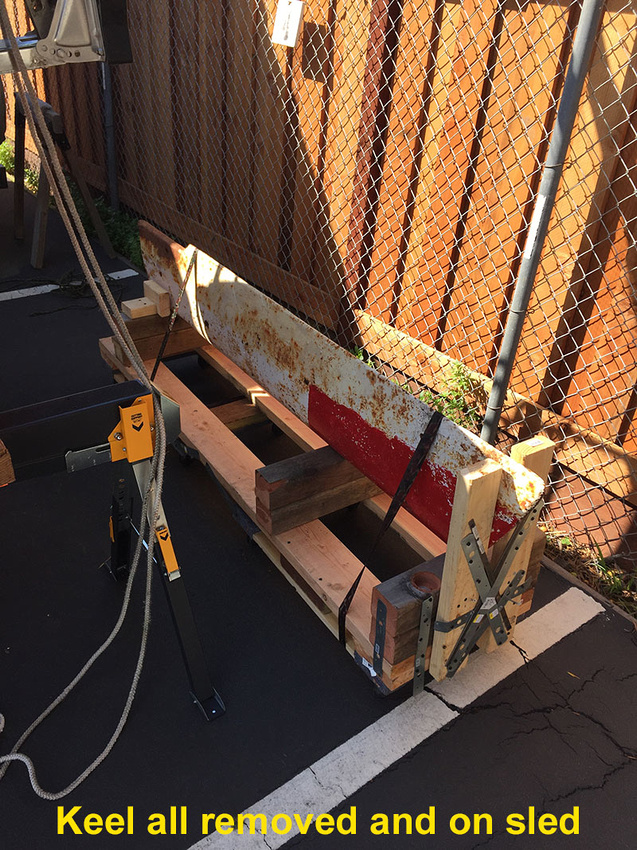 Now I just had to push and pull my sled one block to my yard and with this solid sled it was possible. Once the keel was in my yard, I used an engine hoist and the two remaining images show that.  I decided to use POR 15 and it works for me, because this is a trail sailboat and not in a slip.  When I am done sailing, I have the ability to go into my local car was on my way home and rinse all saltwater off, as I sail in San Francisco Bay. 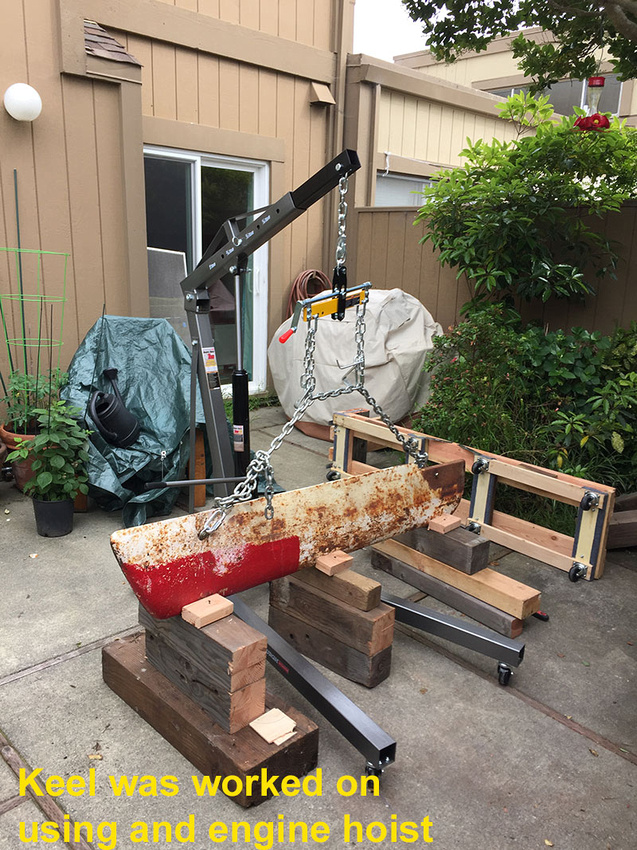 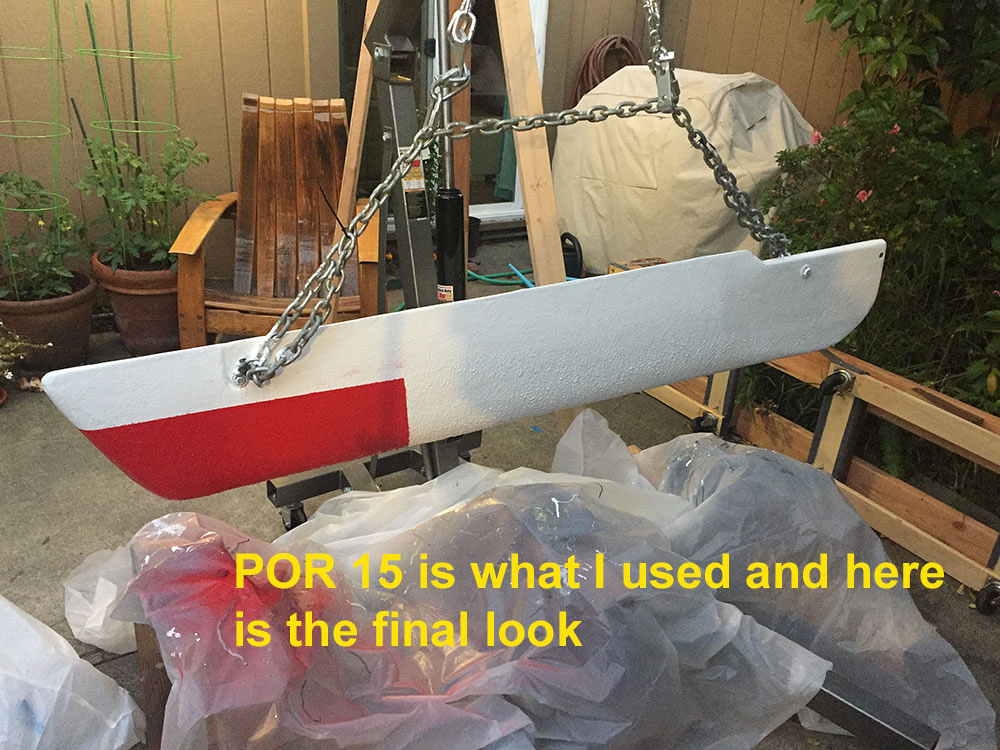 I have been away from posting items here in some time.  Back to posting here and there.  In this time, photography continues but for fun.  i will continue to add images of items I have photographed.  I have since repaired one microscope and aquired phase contrast for a compound microscope.   Below is an image on my site of diatoms that were collected along the Central Coast of California mostly in San Mateo County. These were collected using a phytoplankton net and the samples were scanned until all the resulting diatoms and dynoflagellates were extracted.  This final image is a combination of both organisms.  I used photoshop to compose the final image 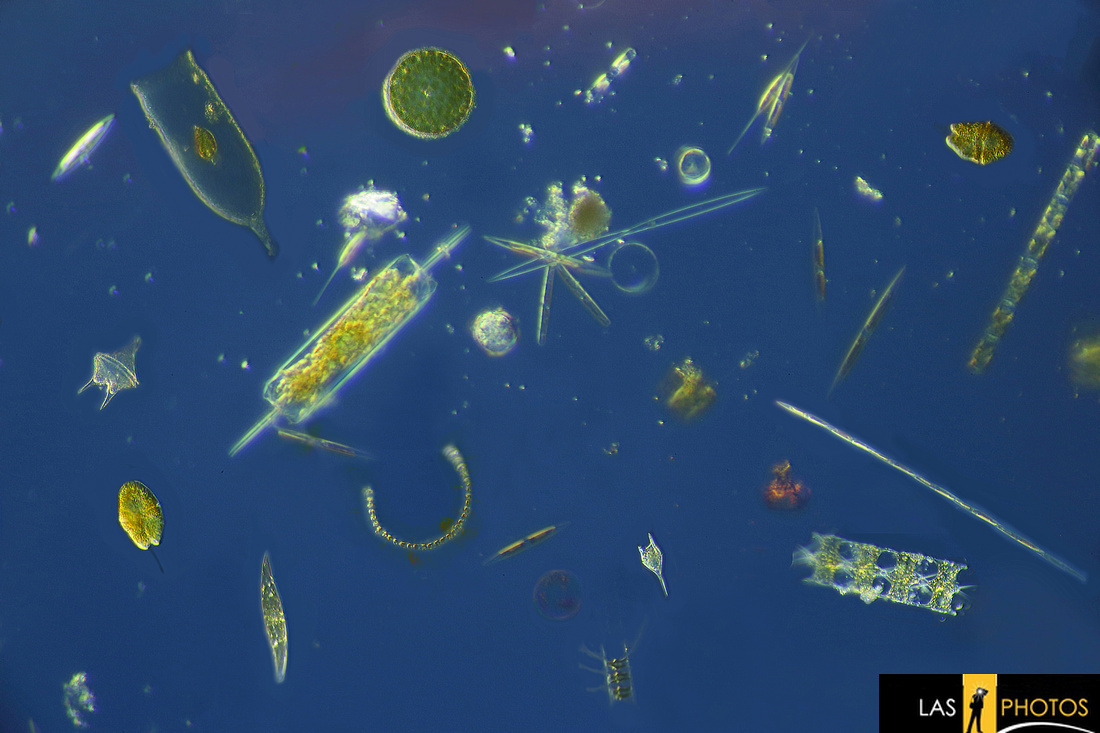